1. What is the USYS program?

Answer: U.S. Youth Soccer (USYS) is a non-profit educational organization whose mission is to foster the physical, mental and emotional growth and development of America’s youth through the sport of soccer at all levels of age and competition. USYS has a current registration of more than 3,000,000 players between the ages of five and nineteen and is recognized as a leader in youth sports organizations. U.S. Youth Soccer is the largest member of the United States Soccer Federation (USSF), the governing body for soccer in the United States. All USYS Stuttgart players are eligible to try-out for the USYS Europe Olympic Development Program (ODP) and possible selections for USYS Regional Teams which are feeders to the U.S. Men’s and Women’s National Teams.

Answer:The U. S. Youth Soccer membership is divided into four regions: East (Region I), Midwest (Region II), South (Region III) and West (Region IV). USYS is made up of 55 State Associations; one in each state and two each in California, New York, Ohio, Pennsylvania, and Texas. USYS Europe caters to U.S. players overseas and is its own Region. USYS Stuttgart is a USYS Europe District comprised primarily of U.S. players.

3. What is the level of play with USYS Stuttgart?

Answer:USYS Stuttgart is an invite program with selections resulting from an evaluation process to identify players who demonstrate a developed level of playing ability technically, tactically, physically, and mentally. These players are placed into appropriate age group competitive teams which train together under contracted professional international coaches focused on growing the player. Advancing each player’s individual development to the next level is the core of our program providing structured age appropriate focused training progression for U-7 to U-19s.

4. Does USYS Stuttgart play in the German leagues?

Answer:Yes. Placing U-9 through U-15 teams into competitive leagues which advance and relegate teams based on results ensures players are in the optimal playing environment for their development. USYS Stuttgart is an officially recognized U.S. Army Garrison (USAG) Private Organization providing advanced youth soccer development in Stuttgart. It is also an official German “Verein” (“Club”) in the Württemberg Football Association or “WFV” playing under the club name “USYS Academy Stuttgart e.V”.

5. Do I need a “German Player Card” to play in USYS Stuttgart?

Answer:Yes, all U-7 through U-15 players need a player card. The German Football Association (DFB) is very strict about players ONLY playing for one club team at a time. There are two annual opportunities to transfer player cards between German clubs in January and July. New players to USYS Stuttgart who do not have a player card elsewhere in Germany may apply for a new player card at any time. Club player cards issued by U.S. states are not utilized in Germany, but the state soccer association will need to verify a player’s status as part of the process to receive a German player card.

Answer:It can be a difficult task to do on your own, but USYS Stuttgart contracts with a “Jugendleiter” or “Youth Manager”, who handles the transactions. He serves as a “one-stop-shop” for our club players requesting WFV player cards by submitting all the paperwork into the German system and hand-walking our club members through every step of the process. This ensures players cards are processed properly and returned in minimal time, eliminating issues.

Answer:For players in birth years 2001-2004, we have girls and boys U-19 teams whose primary focus is to prepare players for high school tryouts in March by training from September through February. The players also receive separate professional-level physical conditioning training in the spring. These teams do not play in the German leagues and do not require player cards. The U-19 team coaches are hand selected by USYS each year; the 2019-20 Boys team will be coached by a UEFA-licensed former Scottish professional player and the Girls will be coached by a USSF-licensed former MLS player. These teams focus on group tactical training and test their development through friendly matches against other “U-19 aged” German teams.

Answer:Yes. Tournaments are a staple of our playing opportunities throughout the season with teams traveling within Germany as well as in Europe, such as The Netherlands, Austria, and France. This is one of the most amazing opportunities about being in Europe; getting to play internationally and gaining experience in different styles of play. USYS Europe also hosts an indoor and an outdoor tournament each year that bring together other USYS District teams to play each other.

9. How often is the training?

Answer:U-7 through U-15 players train twice a week on weekdays; U-7s for 60 minutes and U-9-U15 for 90 minute sessions; sessions start at 1730 for younger players and 1900 for older players during fall and spring. Winter sessions are indoors for shorter periods of time but still twice a week. German league games are normally played on weekends, but make up games can also be scheduled during the week. U-19 players train once a week on Sunday evenings for 120 minute sessions. Additional goalkeeper training and technical training sessions with specialized coaches are also available for all ages. 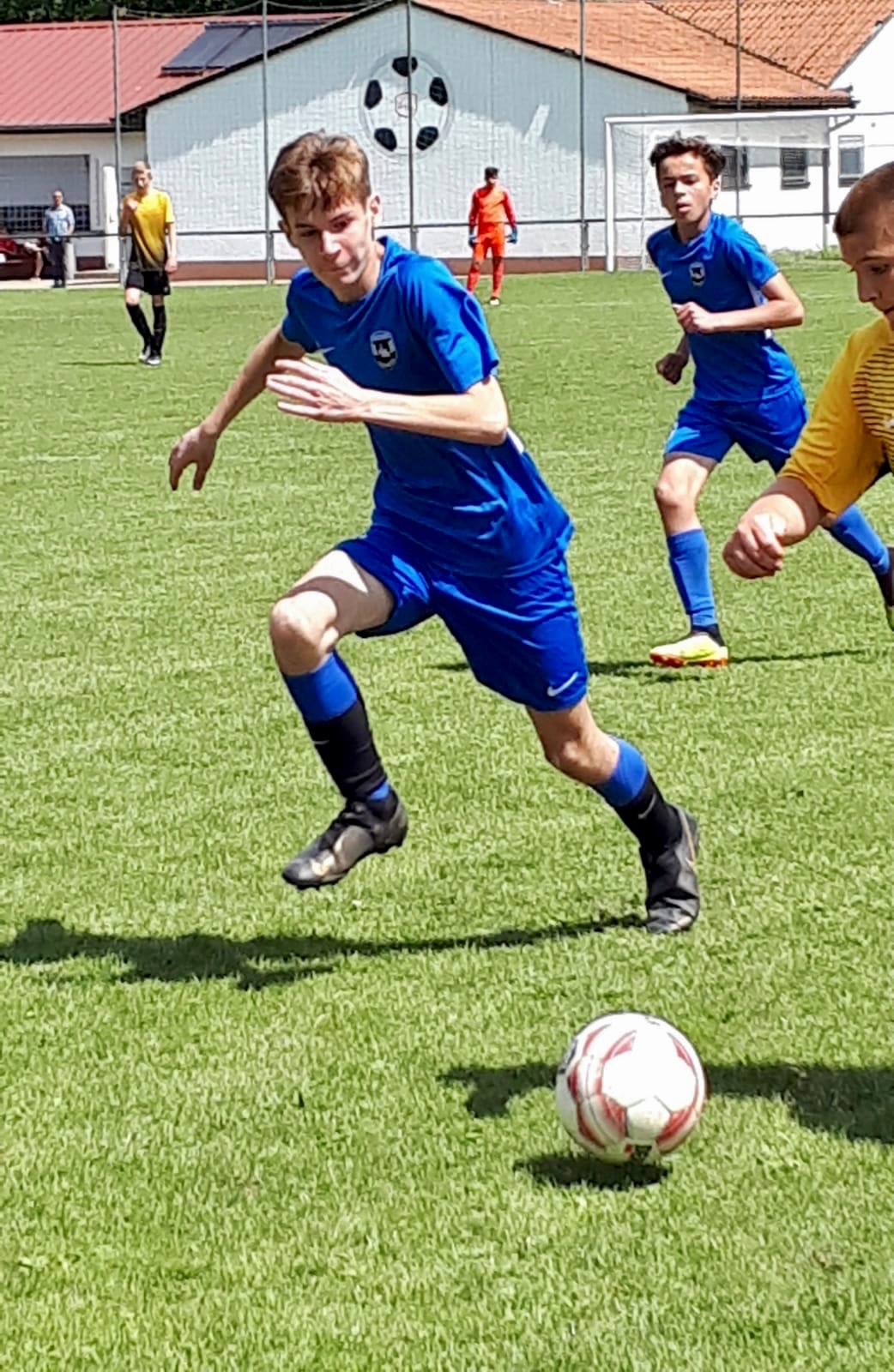 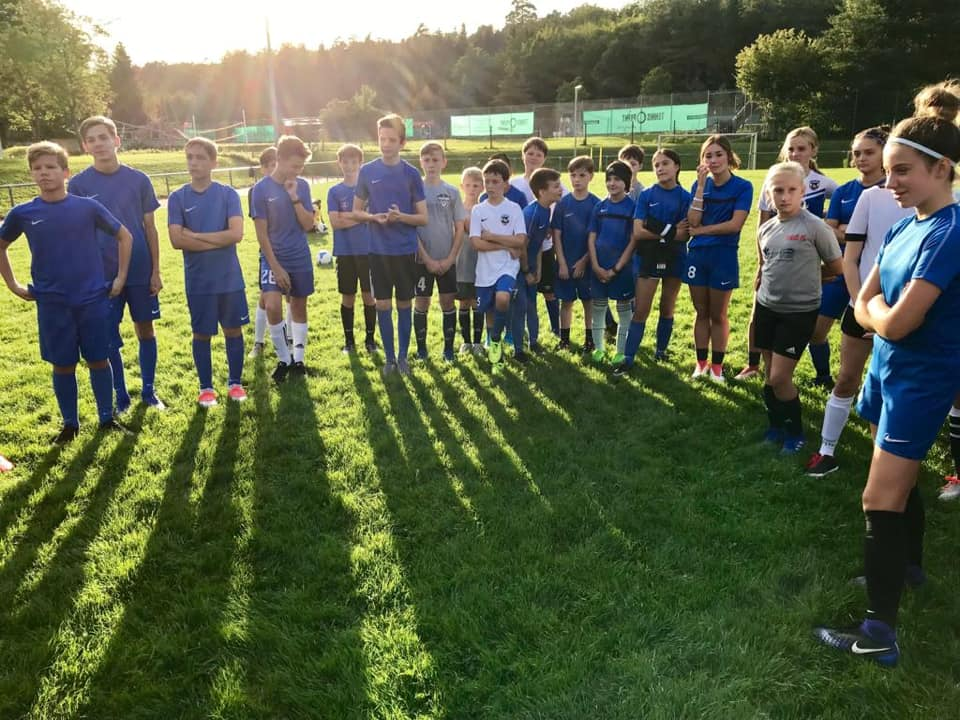 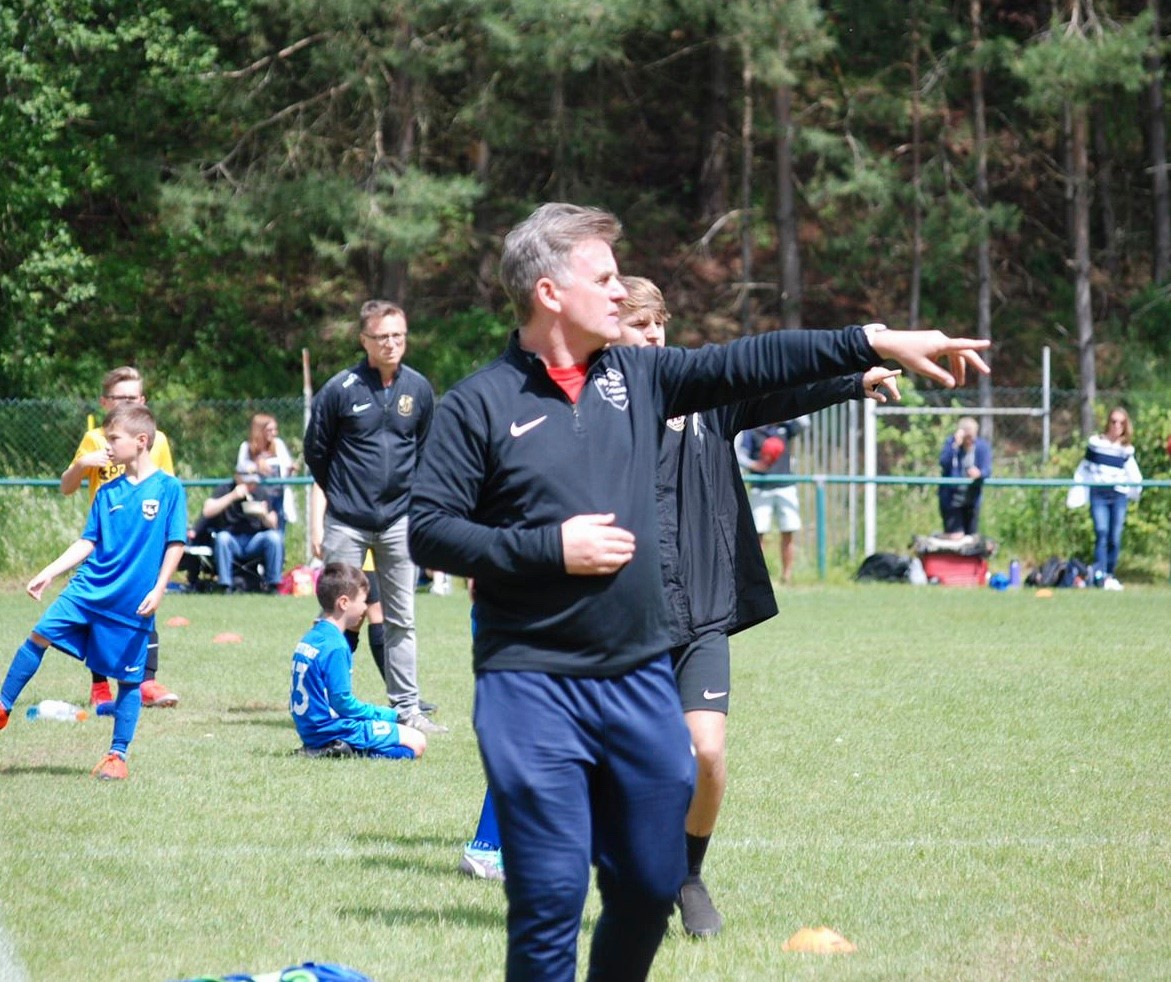 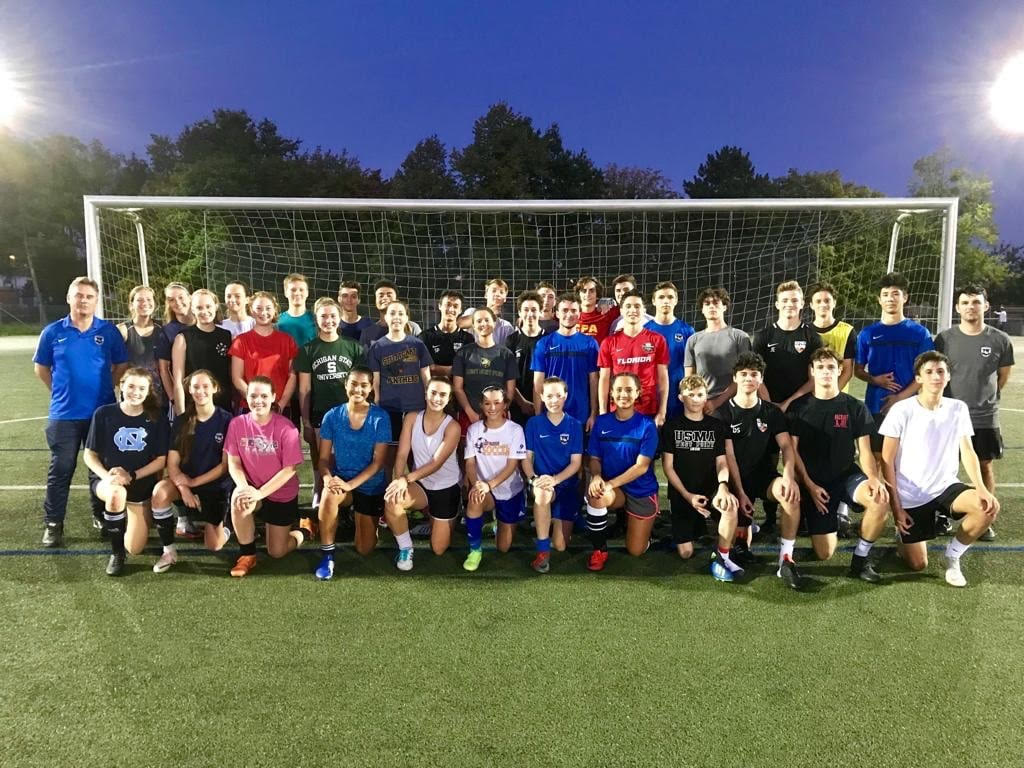 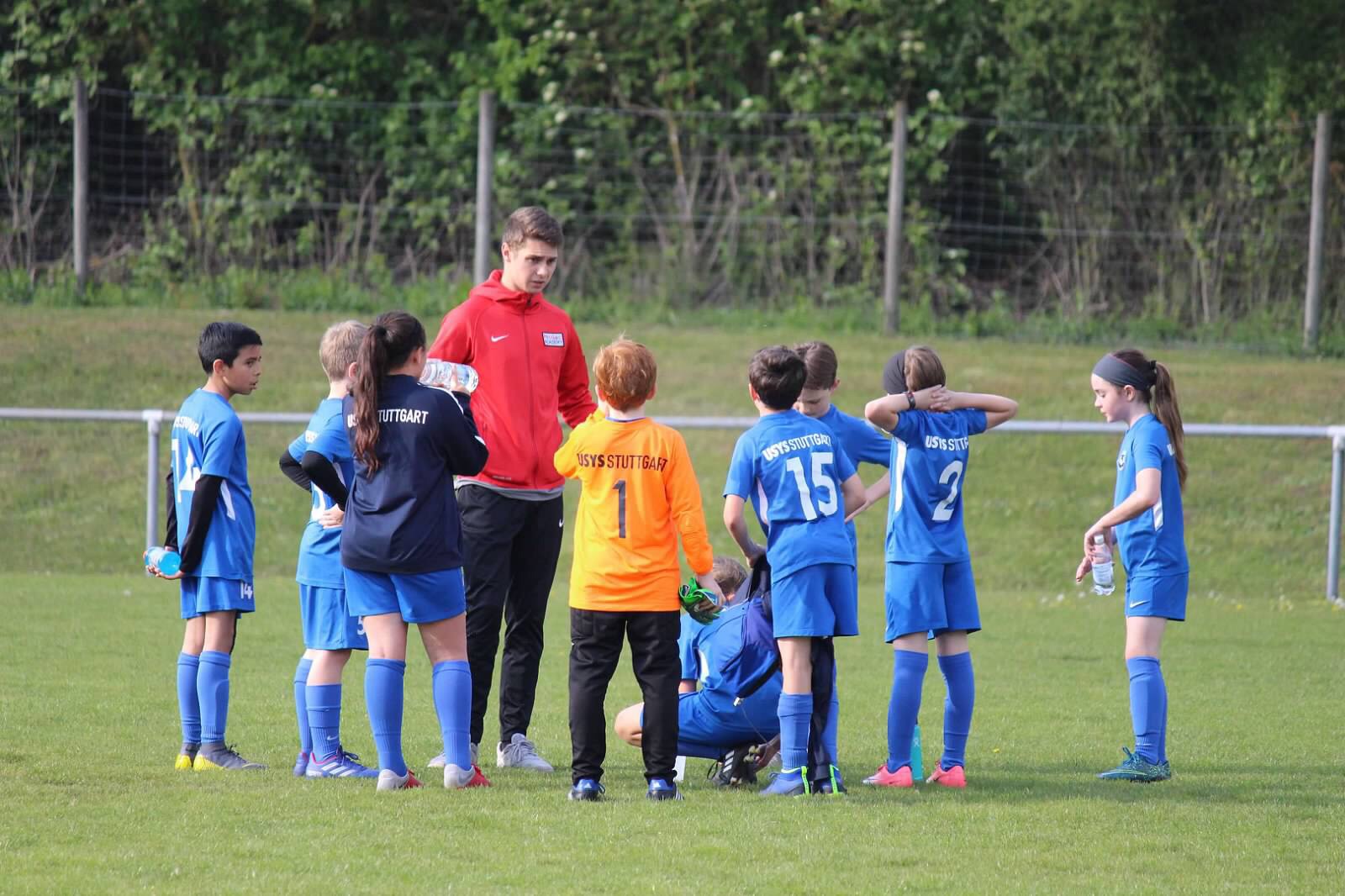 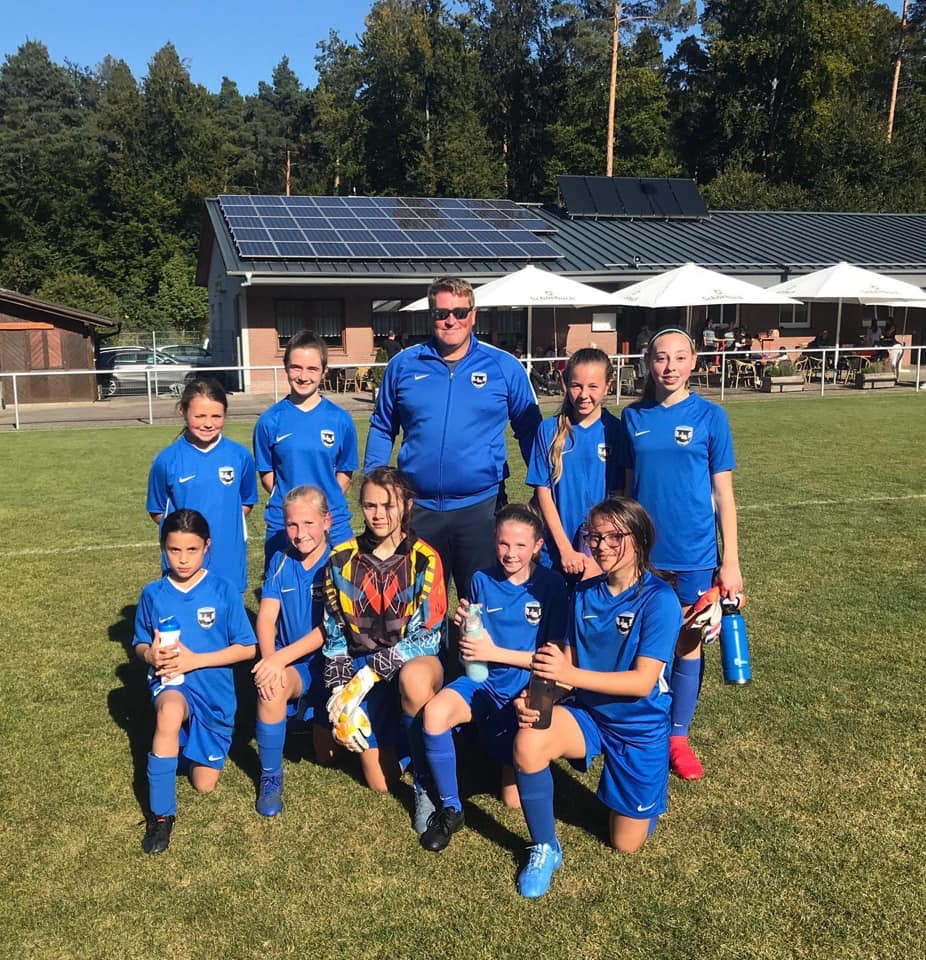 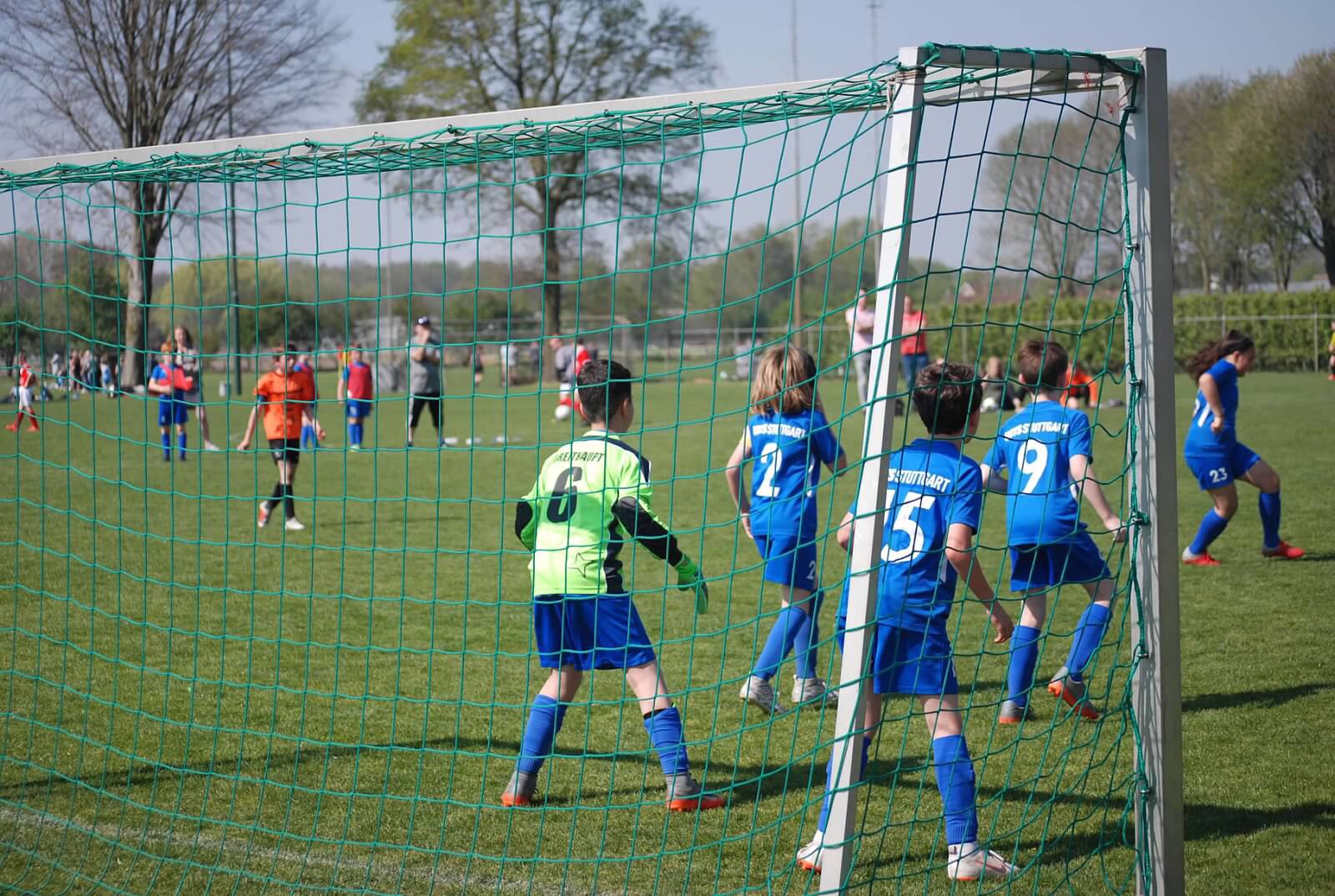 Answer:USYS Stuttgart provides professional head coaches for all of our teams. Our coaches are contracted by ProSoc Academy, which provides international coaches with professional European team playing experience and many holding UEFA B coaching licenses. All coaches speak English and sessions are conducted in English. As players can only go as far as the expertise and experience of their coaching staff, professional coaching is a critical element of player development. Coaches provide focused age appropriate training in a structured progressive system as players advance through age groups.

12. Do you select everyone for the program?

Answer:No. Evaluations afford coaches the ability to select players who demonstrate developed skills, positive attitudes, and great effort. We will not select or place a player in an advanced playing environment if the player hasn’t demonstrated ability for continued growth at a higher level of play. This is unfair to the player if they are not ready to play in this environment and negatively impacts their desire to play long term.

Answer:There is no exact set number of selections by USYS coaches going into evaluations. If the player demonstrates the ability, we make every effort to find a place for them in the program.

14. How do you evaluate players?

Answer:Evaluations are normally done through two phases during a session. The first is a subjective technical evaluation designed to give a qualitative value to the player’s technical ability. The second is centered on small sided games providing coaches a quantitative player evaluation in a playing environment. USYS Stuttgart evaluates against a player rubric model which is available for review by players and parents during evaluations.

15. Do I need to attend multiple days of evaluations?

Answer:No. All new players, regardless of age, must attend an evaluation. If a player cannot attend one of the scheduled evaluations, please contact us and we will make alternate arrangements. ALL U-19 players (Girls and Boys) must attend team tryouts to determine if they are ready technically, tactically, and physically to enter the U-19 program focused on 11v11 tactics and speed-of-play.

Answer:No. All new players try-out for selection in their age group only. USYS has endorsed the USSF mandate regarding age group placement based on dates of birth after 1 January for each birth year. USYS Stuttgart utilizes two-year age groups of U-7, U-9, U-11, U-13, & U-15. The U-19 age group is for Varsity-level high school players. The USSF mandate is designed to place players in the appropriate developmental environment for their age. After try-outs, however, a coach may determine that the player’s ability exceeds ALL other players in their age group to such a level that they cannot effectively develop in their age group; such an evaluation will be made without regard for any particular team desires or family desires and based solely on what is best for the continued development of the player. Exceptions to “play up” are generally very rare. WFV allows certain ages to play across ages with girls on boys teams or co-ed teams. These are handled on a case by case basis and closely discussed with the family to get the player in the right playing pool. A player who later decides to leave the program as a result of not being approved to “play-up” does not constitute grounds for a refund from USYS Stuttgart. Normal refund policies apply.

17. What is the difference between USYS Stuttgart and a German village team?

German village teams receive grants if the land is owned by the City or Association and these grants pay for field costs coaching fees (if applicable) and uniforms.  In addition the majority of German village teams receive revenue through local sponsorships membership fees (several other sports teams and divisions) and restaurants at their sports complexes.  Conversely USYS Stuttgart rents our facilities and is entirely self-funded and as such cannot receive any financial assistance from the local government or German Federation therefore costs will be higher.  USYS Stuttgart does currently have a corporate sponsor and part of that money is used to lower USYS Stuttgart fees while the other part goes to a USYS Stuttgart Scholarship Assistance Program.

The main reason USYS Stuttgart’s costs are higher is due to our contract with ProSoc Academy (https://prosocacademy.com) who provide an entire cadre of soccer professionals to include coaches a Director of Coaching and a Jugendleiter (Youth Coordinator) for all USYS Stuttgart teams from U7 to U19.  USYS Stuttgart has no parent coaches and all coaches are either highly licensed enrolled in coaching education or former professional players.  All coaches are fluent in English and implement the German soccer philosophy in conjunction with U.S. Soccer Federation guidelines.  In contrast German village soccer coaches may be volunteers and not necessarily licensed coaches and may speak little to no English during soccer activities.

A second difference involves the development of the player.  At USYS Stuttgart players on our teams are guaranteed playing time to foster their development.  In contrast to this it is customary for a German village team to have unlimited numbers of players on a team however only an allotted number is allowed to dress for games.  Over the years we have had quite a few families who left their German village teams to come to USYS Stuttgart because their children trained for an entire season and either never played in a game or didn’t play very much.  USYS Stuttgart is entirely focused on promoting a positive environment for players to reach their fullest potential on and off the field through developmental and competitive soccer.
Overall the German soccer experience is wonderful no matter the path you chose and each family must make the decision that is best for them.